Sperm banking is one of the effective services in Andrology, which is defined as collecting semen that contains sperm, testing for quality and storing it in extremely low temperatures. Cryopreservation of semen is most valuable because it is a way to preserve male fertility.

ZIVA is one of the best fertility clinics in Hyderabad, providing long term and short term sperm freezing, also known as semen cryopreservation. It is a highly effective technique where the functions and sperm motility are also preserved. In Assisted Reproductive Technology (ART), storage of sperm is usually done for future use.

Sperm freezing or cryopreservation was introduced around the 1950s. When the cryopreserved specimens are preserved properly, they are indefinitely viable. Some studies say that there is a risk of cellular damage while freezing and thawing the sperm. However, there is no known risk to the newborn baby conceived using frozen donor sperm.

Successful pregnancies have been reported using sperm stored for 20 years. 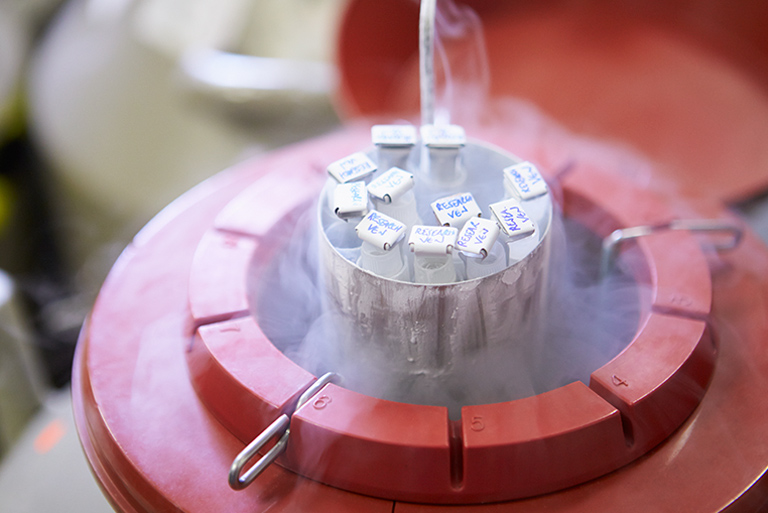 How are sperms collected and frozen?

Initially, you will have a blood test to check for certain diseases like HIV, hepatitis B & hepatitis C.

You may be given a choice of providing the sperm sample at home or in the clinic. Men who want to provide the sample at the lab will be arranged a private room. Those who want to do it at home will be instructed for semen collection.

Your semen sample is collected through a natural ejaculation process in a small sterile container in the clinic. If sperms are not present in the semen sample, then they are surgically retrieved.

It is advised that a man shouldn’t have an ejaculation for at least three to five days before giving the sperm sample for better results. This is because frequent ejaculation may reduce the count of sperm. Also, if the last ejaculation was very long, then there is a risk of immotile sperm.

A single ejaculation of the semen sample contains 40 million to 600 million sperm. The amount of sperm varies based on the quantity of the ejaculation and the period of your last ejaculation. Patients might preserve their sperm obtained from one ejaculation (one ejaculation can yield up to five vials), but we suggest providing extra samples. 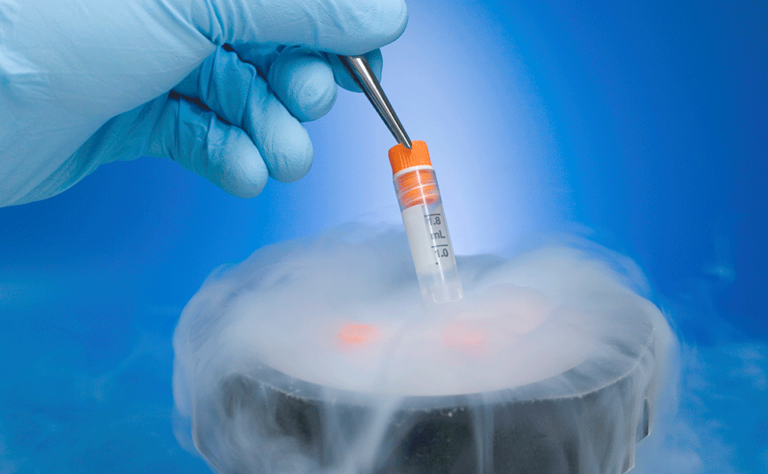 Once the semen sample is collected in a sterile container, then they are sent to the lab. The lab technicians analyse the samples and report on the volume, viscosity and pH levels. Next, the sperm sample is tested microscopically for quality, motility, morphology and sperm count, and other important factors.

The sperm sample is then preserved in a cryo-protectant in small tubes. Some labs perform an initial freeze test of the sperm before they preserve the sperm. The sample is frozen and stored in the lab until required. When required, the sample is thawed, washed, tested for mobility and then used for infertility treatment.

The Process Of Freezing

During the freezing process, cryoprotectants (highly permeable chemicals) are added to the semen sample to protect sperm and control the damage caused due to freezing under extremely low temperatures.

At present, there are two methods available in the cryopreservation technique to freeze human sperm, namely, slow freezing or conventional freezing, and the other is vitrification or rapid freezing.

Conventional freezing: It is a traditional method being used for decades successfully for preserving human sperm. The process involves freezing the sperm for few hours in 2 or 3 steps. The sample is then kept in liquid nitrogen at -196° C (-371° F).

Sperm Vitrification: It is a new technique and has been spreading quickly as an alternative method for rapid freezing. Rapid freezing involves direct contact between the device holding the sperm samples to liquid nitrogen vapours for few minutes and then plunged in liquid nitrogen under the temperature of -196° C (-371° F).

The thawing process of sperm means melting the frozen sperm to a normal state, and it is equally important as freezing. Abrupt thermal changes should be avoided to retain the cells normal biological activities.

Usually, in the cryopreservation protocols, the thawing process involves placing the vial for about 10 minutes in water at 98 degrees Fahrenheit or in a Dry Heat Block for 25 minutes. Even higher thawing temperatures can be used for rapid heating, but they are not allowed due to the risks of cell damage.

Once the thawing process of sperm cells completes, they should be used within 2 hours for insemination thawing. 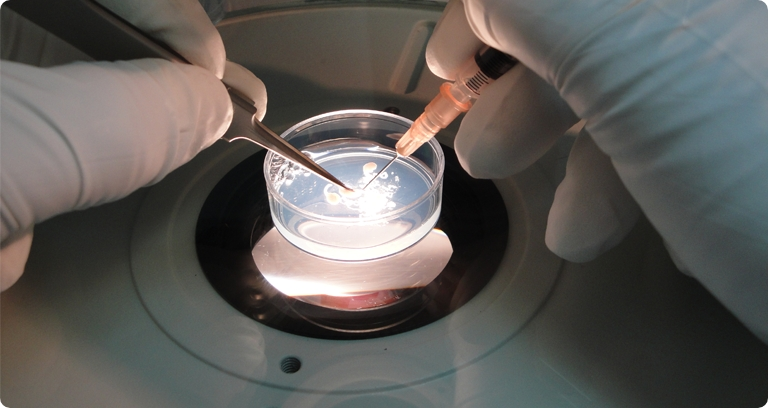 How long can the sperm be stored?

Usually, the standard cryopreservation time for sperm is around ten years, although men have the option to preserve their sperm sample for up to 55 years in certain circumstances. A fertility expert in the clinic will explain the procedure and whether you can store your sperm long time.

Short-term cryopreservation of sperm is freezing and storing semen sample at a sperm bank below one year. Cryobanked sperm is then used within the stipulated period in artificial insemination procedures like IVF, ICSI or other infertility treatment procedures.

Long-Term Semen Cryopreservation is a procedure to preserve sperm cells at a sperm bank for many years. The longest reported successful cryopreservation of human sperm sample is 24 years.

To know more information about cryopreservation of sperm, contact our fertility experts at ZIVA Fertility clinic in Hyderabad. We have high-end laboratories suitable for both conventional freezing and vitrification of the sperm sample.