Around 10% of couples are experiencing infertility problems due to genetic disorders. So genetic testing for couples, particularly for ART procedures and a family history of genetic disorders, can potentially help many of them.

Genetic testing involves DNA analysis, called the “chemical database,” that carries the entire data of the body, including the body’s instructions, functions. Genetic analysis can expose genetic changes that can cause various diseases, disorders, including infertility.

Since both men and women are at risk of fertility issues, genetic testing can benefit both. If your infertility might be due to a genetic problem, identifying it by analyzing your genes can help you proceed further by choosing the best treatment options that will most likely help you. 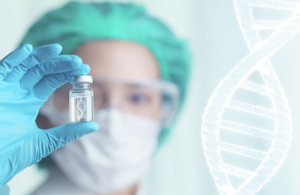 Genetic testing is advised even if you don’t have fertility issues but if you or your partner’s family has a history of genetic ailments like sickle cell anaemia, cystic fibrosis and Tay-Sachs disease etc. Genetic testing can reveal the copy of an altered gene in both males and females, which might put the newborn at the risk of developing genetic disorders.

At ZIVA, we have a Board-Certified Reproductive Endocrinologist to perform genetic tests in our well-equipped advanced laboratories by following international standards.

Below are some genetic tests performed to diagnose various genetic disorders.

Preimplantation genetic testing(PGT-A) for aneuploidies is a genetic test performed on the fertilized embryo created with the help of IVF or ICSI procedures. PGT-A provides the embryos’ genetic health data to let the fertility team select a healthy embryo without genetic defects for the transfer into the women’s uterus. Thus, it helps in improving the chance of a successful and healthy pregnancy. Formerly PGT-A was known as preimplantation genetic screening(PGS).

PGT-A is generally suggested for a couple undergoing IVF. Almost all couples are at risk of chromosomally abnormal embryos, particularly when the woman’s age is high. PGT-A can improve the success rate of a successful pregnancy in women of all ages. Some other benefits of PGT-A include: 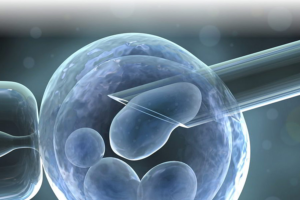 PGT-A works on the genetic material in IVF embryos associated with structures called chromosomes. Chromosomes from both males and females play a key role in the healthy growth and development of the embryo.

Embryos with an abnormal number of chromosomes, also known as aneuploid embryos, might not result in a successful pregnancy. In addition, even though the pregnancy is successful, the newborn child might have genetic disorders.

PGT-A can identify the embryos with the correct number of chromosomes, also known as euploids, have a higher chance of a successful pregnancy.

PGT-M is suggested for the couple who are at risk of carrying on certain genetic conditions to their next generation. PGT for monogenic or single-gene defects is performed before pregnancy to reduce the risk of giving birth to a defective child. PGT-M is commonly performed on the embryos produced through IVF procedure to transfer a healthy embryo. PGT-M is also called preimplantation genetic diagnosis(PGD).

Who Is PGT-M For?

PGT-M is apt for any couple who are at risk of passing on a particular single gene disorder to their children. PGT-M might be considered:

At ZIVA Fertility Clinic, PGT-M tests are tailor-made for every couple. PGT-M can be performed on almost all single-gene disorders when a specific familial mutation is recognized, and related family people are ready for the test.

PGT-M is performed for greater than 99% of inherited single-gene disorders, and it can classify affected and unaffected embryos with more than 98% accuracy.

ZIVA Embryology and Fertility Clinic evolved as a pioneer in performing PGT tests in Hyderabad. We have performed many PGT/PGT-A/PGT-M tests and helped thousands of families have healthy pregnancies and babies. This level of experience gained by our embryologists and fertility experts allows us to deal with the most complex cases confidently.