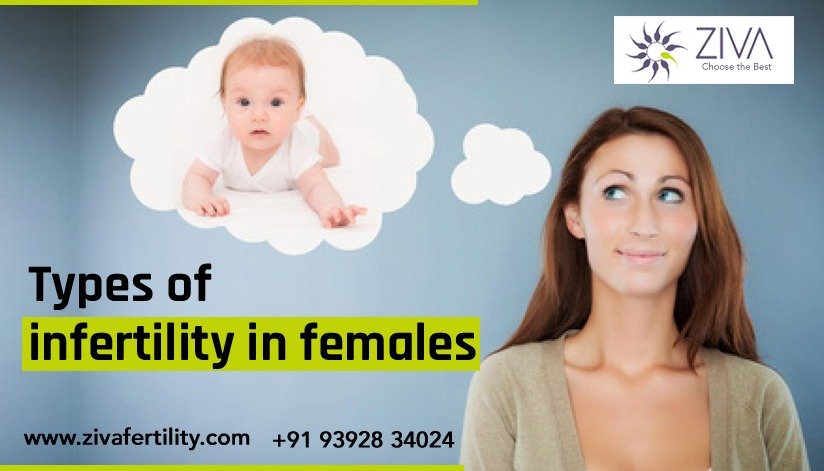 Types Of Infertility In Females

Miraculous!! A new life begins when a male sperm fertilizes a woman’s egg. Ovulation occurs about 14 days before menstruation begins when an egg is released from one of the ovaries.

The egg is placed in a nearby fallopian tube and ushered into the uterus. When an egg is fertilized during its travel, it settles in the uterus lining (endometrium). Then pregnancy begins.

One in five fertile young couples become pregnant through sexual intercourse during ovulation every month. The couple is believed to have no fertility problems until a year laterQc2q.

About 15% of couples experience fertility problems. In most cases, assisted reproductive technology can help couples. About 30% of fertility problems in couples come from women. Another 30 per cent come from men and 30 per cent from both partners. No cause was found in about 1 in 10 couples screened for infertility. This is known as “unexplained” or “idiopathic” infertility.

Female infertility is characterized as the inability of a woman to become pregnant or carry a baby until full birth. There are many types of female infertility. Many of these infertility problems can be easily cured. The earlier a woman is diagnosed, the better the prognosis. Below are the most common types of infertility in women.

Types of infertility in women:

Ovulation problems that cause infertility in women

The menstrual cycle consists of several glands, and their hormones should work in harmony. For ovulation to occur, a part of the brain called the hypothalamus causes the nearby pituitary gland to secrete hormones that cause the ovaries to mature. Irregular or absence of periods indicates that ovulation is also irregular or absent.

The age of a woman is an important factor in infertility. The likelihood of women over 40 years getting pregnant during the menstrual cycle is only five per cent. It is believed that the cause is the ageing of the eggs.

The female is born with all of her egg supply, and over time these eggs become less viable. Other difficulties for older women include an increased risk of miscarriage and genetic abnormalities in the unborn baby.

Polycystic Ovary Syndrome (PCOS) is another leading cause of female infertility. It is an endocrine disorder that affects ovulation. Often, women with PCOS do not ovulate normally due to an overproduction of androgens (male hormones). As a result, instead of one ovarian follicle developing and releasing a mature egg each cycle, multiple ovarian cysts form but do not release an egg. Common symptoms of Polycystic Ovary Syndrome include irregular periods and signs of hyperandrogenism such as excess body hair, acne, and thinning of the head. Obesity and insulin resistance are also closely related to PCOS.

Although polycystic ovarian syndrome cannot be cured, long-term treatment can minimize its effects. To treat female infertility due to PCOS, clomiphene citrate is usually prescribed to restore normal ovulation. If obesity is a factor, dietary changes and weight loss often regularize menstruation.

If dietary changes and clomiphene citrate are ineffective, alternative treatment options can opt. In vitro fertilization (IVF) may not be recommended because of the high risk of ovarian hyperstimulation syndrome (OHSS) in women with polycystic ovary syndrome.

Hormonal imbalance: Hormones can be thought of as chemical communication systems used by the body to regulate growth, reproduction, and other processes. When too much or too little hormone is produced due to polycystic ovary syndrome or glandular damage, this process malfunctions, hormonal imbalances interfere with ovulation, preventing the uterine from thickening and pregnancy. Fortunately, once identified, hormonal imbalances can usually be corrected through medication, lifestyle, or diet changes, or a combination of both.

Uterine problems that cause infertility in women

A fertilized egg is inserted (implanted) into the lining of the uterus. Some uterine problems that can prevent via implantation include:

Problems with the fallopian tubes that cause infertility in women

The sperm fertilizes the egg as it travels through the fallopian tube. Blocked or marked fallopian tubes can prevent the egg from developing and prevent it from meeting with sperm.

Cervical problems cause infertility in women.

At the top of the vagina is the cervix, which is the entrance to the uterus. The ejaculated semen must pass through the cervix to reach the uterus and fallopian tubes. Cervical mucus during ovulation is usually watery, allowing sperm to swim through it. However, thick or bad cervical mucus can irritate sperm.

If a woman doesn’t remember having a pelvic infection, her doctor may find a scar or blockage in the tube during a surgical procedure called a laparoscopy. A small camera and instruments are inserted through small incisions in the abdomen so that the doctor can see the reproductive organs.

Primary ovarian failure (early menopause): When the ovaries stop working, menstruation ends before age 40. Although the cause is often unknown, several factors are associated with early menopause, including immune system disorders, certain genetic disorders such as Turner syndrome or the carrier of Fragile X syndrome, and radiation or chemotherapy.

Endometriosis: Endometriosis is a condition that occurs when segments of the lining of the uterus or endometrium grow outside the uterus. Endometriosis can cause infertility in women and often causes severe menstrual cramps, pelvic pain, fatigue, and abnormal menstrual bleeding.

Cancer and its treatment: Several types of cancer – especially reproductive cancer affects female fertility. In addition, both radiation and chemotherapy can affect fertility.

Diagnosis includes a laparoscopic physical exam. A camera is inserted into a thin tube through a small incision in the abdomen. In this way, the doctor can see the internal structure of the abdomen and pelvis and determine the growth rate of the endometrium. Depending on the severity of the problem, endometriosis can be treated with surgery, medication, or both.

Breast cancer or other types of cancer can also cause infertility. Other known causes of infertility are eating disorders such as bulimia and anorexia. Even a woman’s weight can affect fertility. If you’ve had several miscarriages or are having problems getting pregnant, the best way to go is to see a doctor. 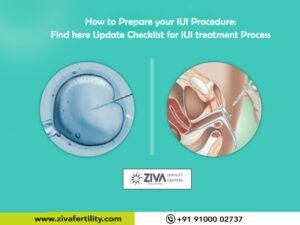 Total Views: 2 Intrauterine insemination, in short, is artificial insemination and is one of the first choices to treat infertility. In this procedure, washed and 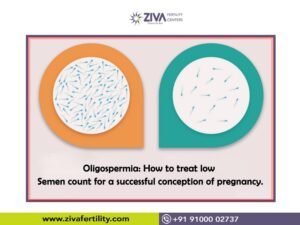 Oligospermia: How to treat low Semen count for a successful conception of pregnancy.

Total Views: 4 When we say low sperm count, it means that in the semen released during ejaculation, there are fewer sperm than usual. Medically, 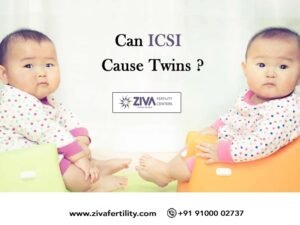 Can ICSI cause Twins ?

Total Views: 14 Intracytoplasmic Sperm Injection (ICSI) is a form of Assisted Reproductive Technology mainly used in cases of male infertility. In the process of